The broader one’s understanding of the human experience, the better design we will have.

Here are a few examples of our work

Women's Health in the North The Museum of Contemporary Art Australia (MCA) in Sydney, is Australia’s leading museum dedicated to exhibiting, collecting and interpreting the work of today’s artists, with significant representation of works by Aboriginal and Torres Strait Islander artists. The MCA Collection contains over 4000 works.

Boojum was chosen through a nation-wide competitive tendering process to build this powerful, responsive website, implementing a design developed by MCA staff and the Sydney UX company Pollen. 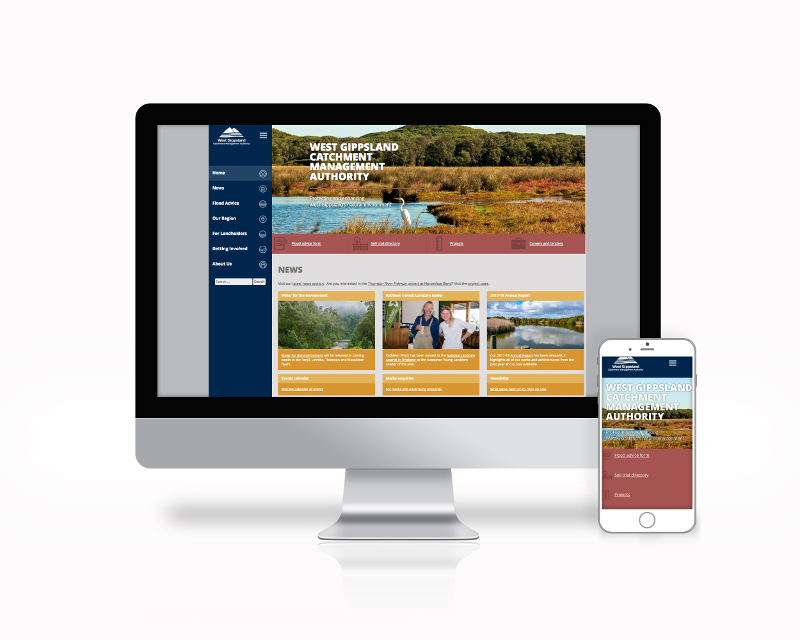 WGCMA works with farmers, landholders and community groups to create healthier catchments, and to mitigate the effects of climate change. Boojum designed and developed their website and e-learning. 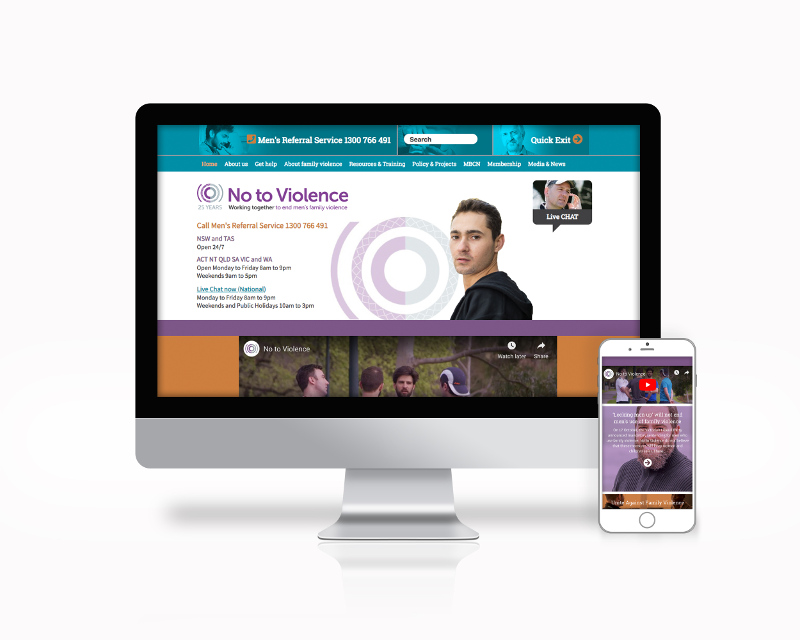 No to Violence is the peak body in Australia for men's behaviour change services.

As well as the No to Violence Website and Membership area, Boojum has produced CAM, the Counselling Activity Manager, which supports counsellors in their work with perpetrators of family violence.

Women's Health in the North 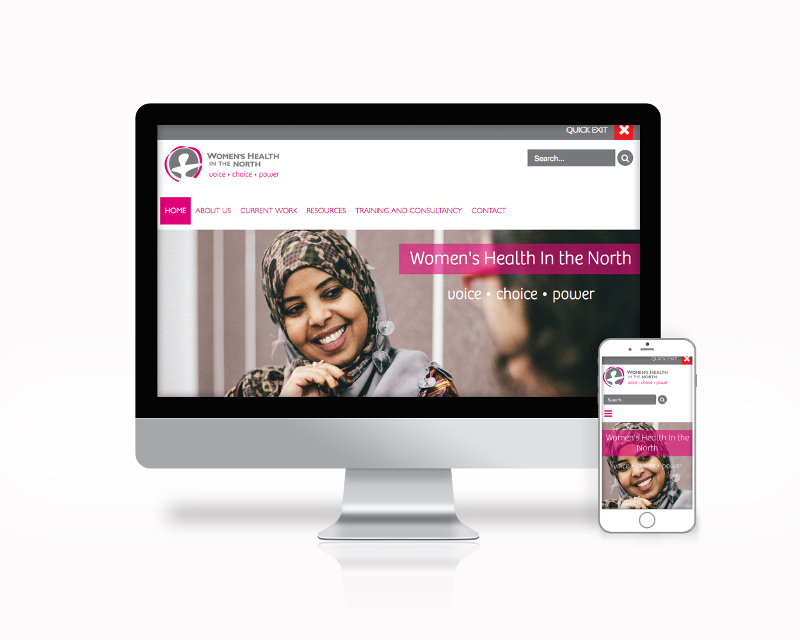 Women's Health In the North (WHIN) is a feminist, ethical, inclusive and courageous organisation. The website is an arm of WHIN's activism on behalf of the women of the northern metropolitan area: This is a community-based project, working with local flora and fauna experts. Boojum built it as a Django app.

Its aim is to encourage people to make choices that support indigenous flora and fauna. People can search to identify plants and animals that they see, or identify what is a weed, and which plants are appropriate for gardens adjoining native habitat areas.

University of Melbourne - Driving to Health 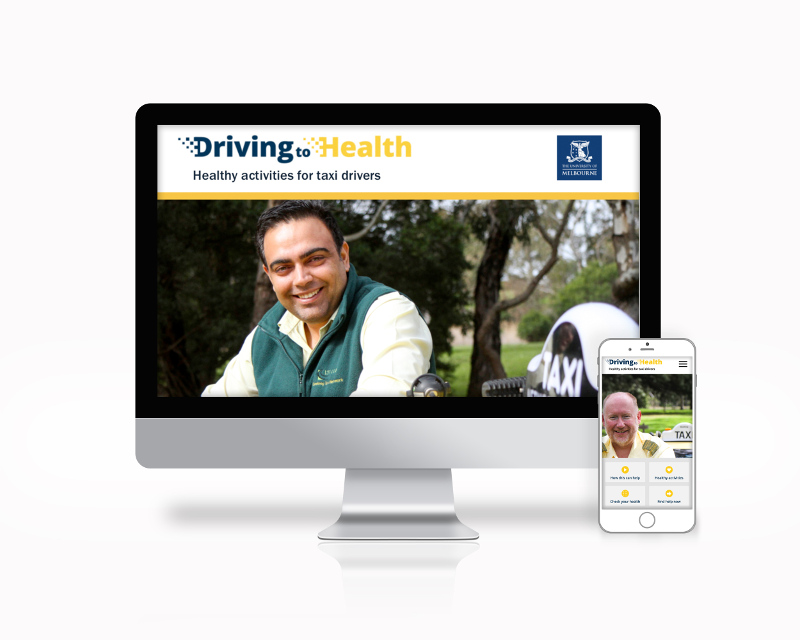 The University of Melbourne’s School of Medicine wanted to implement a mental health intervention for taxi drivers. In consultation with the University's researchers and health experts, Boojum designed, usability tested, built and deployed the web application "Driving to Health".

As well as offering demonstrations of healthy activities that drivers can do inside and out of the taxi, Driving to Health offers a mental health check-up, and avenues for drivers to seek help. Northern Integrated Family Violence Services (NIFVS) is the partnership that leads the integration of family violence and related services in Melbourne’s northern metropolitan region (NMR). The aim of integration is to ensure all parts of the family violence service system work together in order to improve the safety of women and children and to hold perpetrators accountable for their use of violence. Victoria's Catchment Management Authorities (CMAs) do essential work protecting our waterways, and balancing community use of waterways with the health and sustainability of the environment. This work is all the more important as the effects of climate change create additional stresses on our natural resources, and our communities who depend on them.

Vic Catchments' website showcases the work CMAs are doing across Victoria to protect and improve our catchments, and to mitigate the effects of climate change. A critical element of this is in bringing the community along, so people understand that our water resources are limited, and that we must cooperate in their protection. Glenelg Hopkins CMA (GHCMA) wanted a website that presented them in the spirit in which they work: friendly, professional, and community-minded. GHCMA is the caretaker of river health in the Glenelg Hopkins region. It facilitates and carries out works to protect and enhance the quality of water and the condition of rivers. The old ways of doing things have changed into the new ways. The new generation does things differently. But me, I have two ways. I am the old and the new.

John Mawurndjul AM is celebrated for his mastery of rarrk (fine-painted cross-hatching), a tradition shared by generations of Kuninjku artists. This exhibition of bark paintings and sculptures, by one of Australia’s most groundbreaking contemporary artists, tells the stories of Kuninjku culture and the significant locations surrounding the artist’s home in western Arnhem Land.

We had the honour of constructing the exhibition website, and the thrill of attending the exhibition. These works express the relationship of love, reverence, and awe that indigenous people have with the land. Across Australia, we need to stop thinking of land as something to "exploit", and listen to the First Nation's elders who can teach us love, reverence and awe. 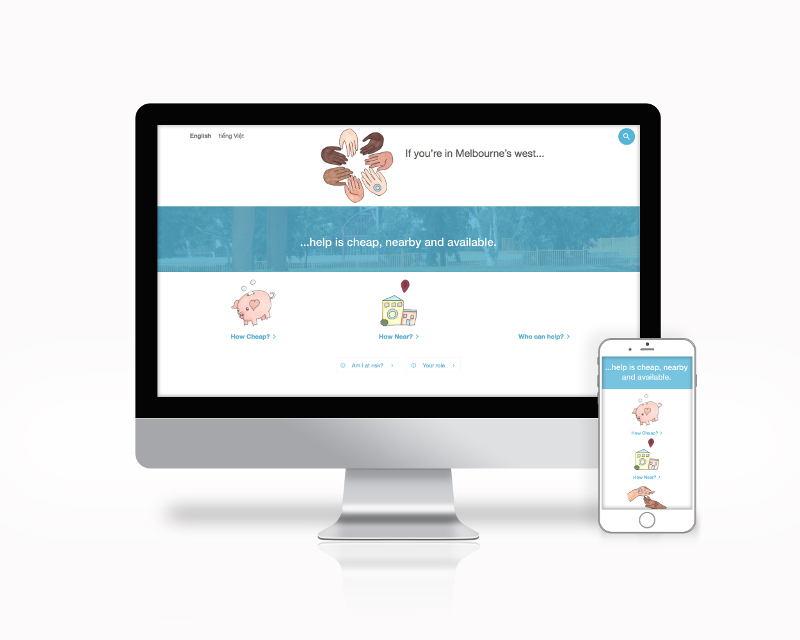 Diabetes affects more than 1.2 million people nationally, and the western suburbs of Melbourne have a higher incidence of diabetes than the national average. For this reason, the Health West Partnership wished to create a simple, friendly website to inform people of the nature of diabetes and the availability of help services.

The site uses hand drawn illustrations to give the site an approachable, personal feel, and also offers a full Vietnamese version. Serpell Primary School is a dynamic, thriving learning community made up of a diversity of cultural and linguistic backgrounds. To support this multi-cultural demographic, the website offers many languages.

The development of confident and capable learners in the primary school years sets a person up for life. We are proud to have provided Serpell's online presence for more than ten years. 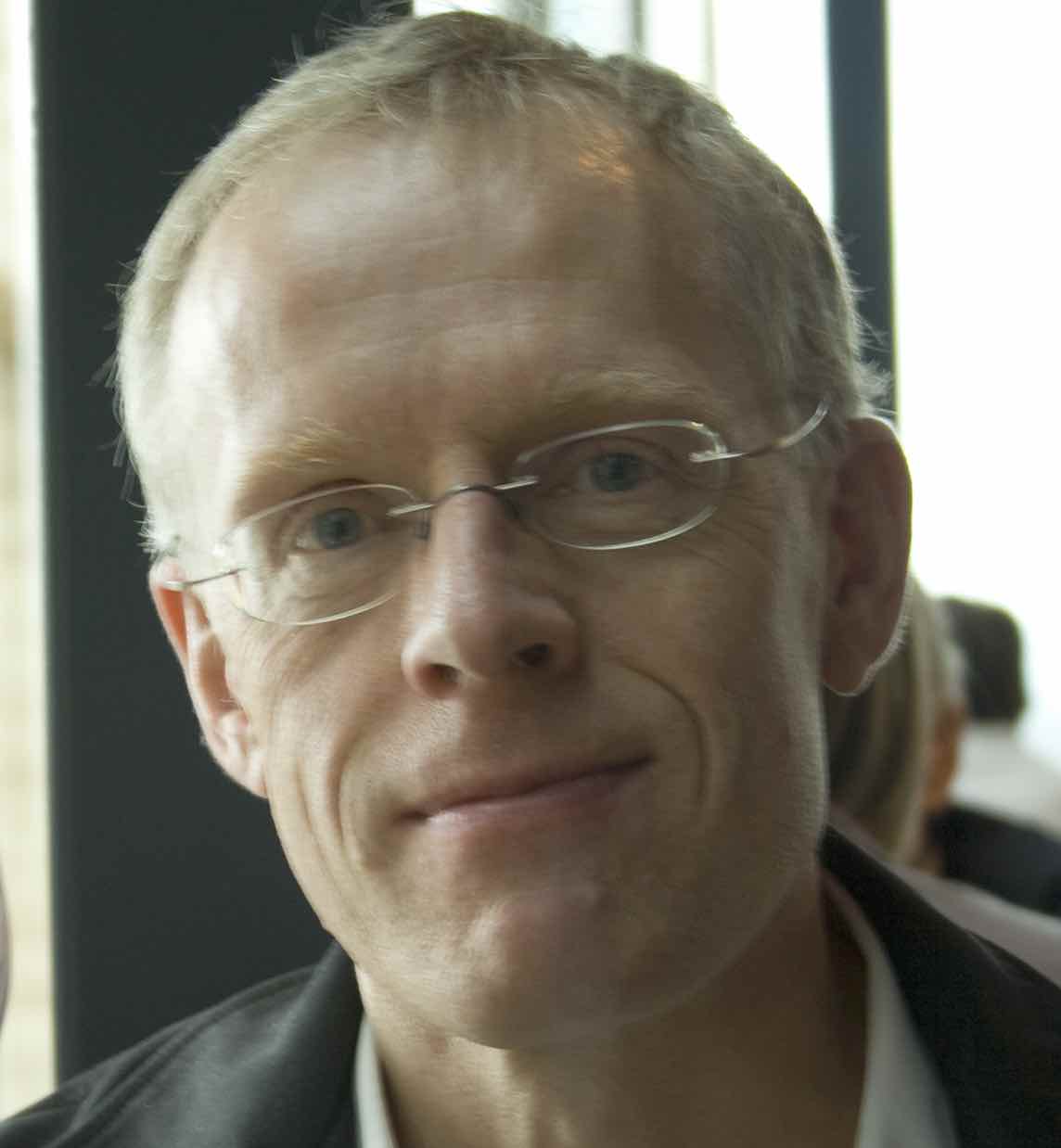 We get the bulk of our work by word-of-mouth, and that’s great from our point of view. Instead of coming in on a bow-wave of glossy marketing, we can sit down with you and chat as colleagues about what you want to achieve, and how to go about it.

We see information technology as part of the ecology of success. It must be built with a real understanding of your organisation, your relationships, your aims, your means, and your strengths and weaknesses. Info Tech is powerful, but it isn’t magical. Your success grows out of a mixture of vision and realism.

At a practical level, this is the kind of stuff we do:

We wanted to turn fixing the planet into our day job, instead of something we did on weekends.

Before we do a project, we ask:

How do we define positive social and environmental change?

Boojum Pty Ltd is based in Geelong, Victoria, Australia.
We also have an office in New South Wales, Australia.

Want to know more about Boojum, and who you will be working with? Read on.

As well as solving complex problems with human-centred designs, we pride ourselves on doing happy projects.

We are deeply grateful to our colleagues, whose skills make Boojum's work possible. 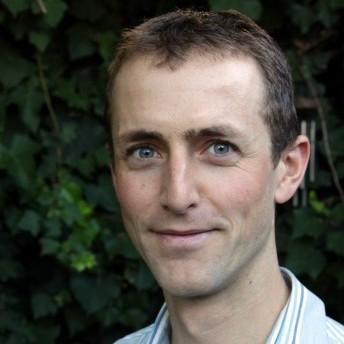 Rigorous software architect with a commitment to the Free Software movement. 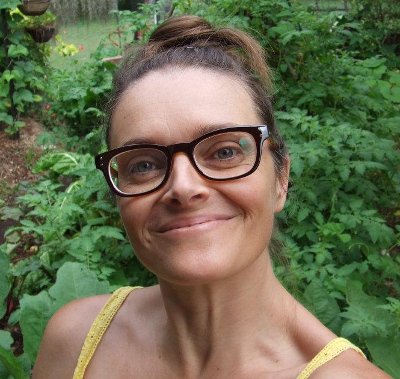 Visual designer, always on the move with either a paintbrush, cordless drill, crochet hook or computer tablet. 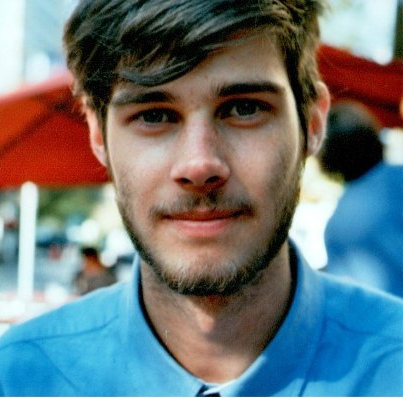 Interface wizard with a strong design ethic, and a specialist interest in security. 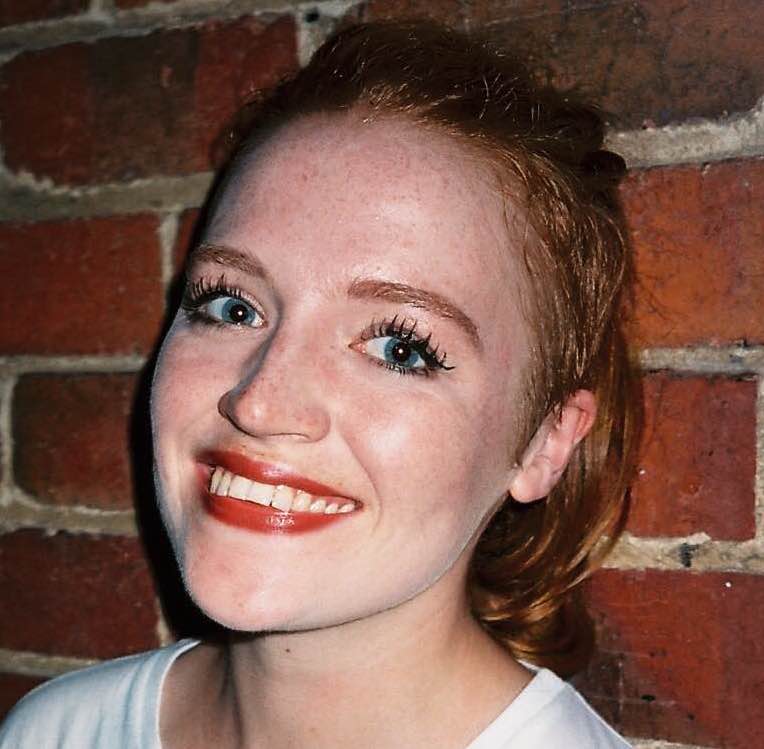 Award-winning wordsmith and illustrator, and a published poet and zine author. 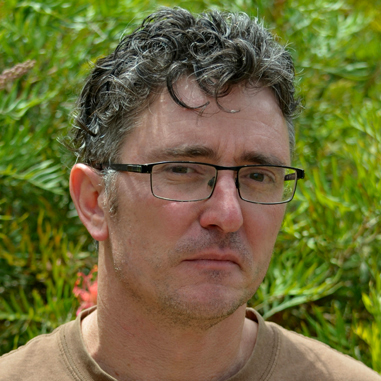 Coordination and tech-support skills help us keep the puppies in the box.

We worked in the corporate sector over many years on challenging, major projects for organisations like the Victorian Government, ANZ, the City of Melbourne, and Telstra. We felt a mounting anxiety about environmental destruction and climate change, and issues of social justice, like gender equity, wealth distribution, and family violence. So we founded Boojum.

And here we are, fifteen years later! We are proud of the causes we work for, and these have been the happiest years of our working lives.

We support the Uluru Statement From The Heart.

Uluru Statement From The Heart

We, gathered at the 2017 National Constitutional Convention, coming from all points of the southern sky, make this statement from the heart:

Our Aboriginal and Torres Strait Islander tribes were the first sovereign Nations of the Australian continent and its adjacent islands, and possessed it under our own laws and customs.

This sovereignty is a spiritual notion: the ancestral tie between the land, or ‘mother nature’, and the Aboriginal and Torres Strait Islander peoples who were born therefrom, remain attached thereto, and must one day return thither to be united with our ancestors. This link is the basis of the ownership of the soil, or better, of sovereignty. It has never been ceded or extinguished, and co-exists with the sovereignty of the Crown.

How could it be otherwise? That peoples possessed a land for sixty millennia and this sacred link disappears from world history in merely the last two hundred years?

With substantive constitutional change and structural reform, we believe this ancient sovereignty can shine through as a fuller expression of Australia’s nationhood.

Proportionally, we are the most incarcerated people on the planet. We are not an innately criminal people. Our children are aliened from their families at unprecedented rates. This cannot be because we have no love for them. And our youth languish in detention in obscene numbers. They should be our hope for the future.

These dimensions of our crisis tell plainly the structural nature of our problem. This is the torment of our powerlessness.

We seek constitutional reforms to empower our people and take a rightful place in our own country. When we have power over our destiny our children will flourish. They will walk in two worlds and their culture will be a gift to their country.

We call for the establishment of a First Nations Voice enshrined in the Constitution. Makarrata is the culmination of our agenda: the coming together after a struggle. It captures our aspirations for a fair and truthful relationship with the people of Australia and a better future for our children based on justice and self-determination.

We seek a Makarrata Commission to supervise a process of agreement-making between governments and First Nations and truth-telling about our history.

In 1967 we were counted, in 2017 we seek to be heard. We leave base camp and start our trek across this vast country. We invite you to walk with us in a movement of the Australian people for a better future.

The rain it raineth every day
Upon the just and unjust fella,
But more upon the just because
The unjust has the just's umbrella. Boojum Pty Ltd is committed to protecting the privacy of your personal information. Usage statistics for the website are gathered as part of normal site maintenance, but these do not identify individuals using the site.

We comply with the Privacy and Data Protection Act 2014, which establishes Information Privacy Principles to which this site is subject and provides for complaints and penalties for interfering with personal privacy through the Privacy Commissioner and the Victorian Civil and Administrative Tribunal.

Boy and girl with balloons:

This website may use cookies (small data files that are sent to a user’s computer to record aspects of that user’s experience of the site) from time to time to improve the operation of the site but will not involve the collection of personal information.